5 Amazing Things No One Told You About the Dachshund 5 Amazing Things No One Told You About the Dachshund

A small but mighty dog, the Dachshund is one of the world's favorite dogs. Originally from Germany, where it made its reputation known for its hunting prowess, this dog comes fully equipped to enchant us all. Dachshunds can be small or medium-sized, but their personalities are big and mighty. Stick with us to learn 5 amazing things about the Dachshund that no one told you before. 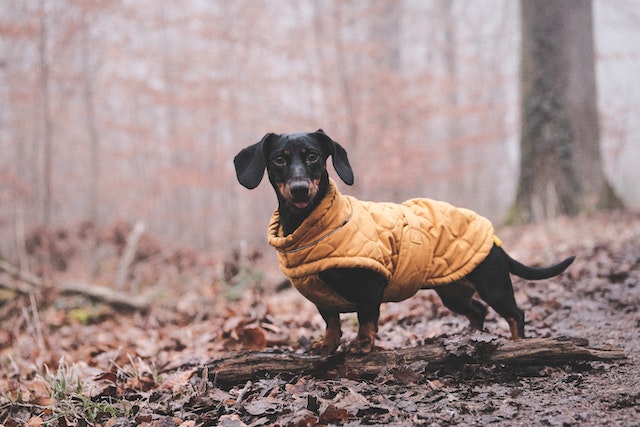 This might be a bit surprising, seeing as how these dogs appear innocent and shy, but Dachshunds were bred to hunt down badgers and other small but dangerous animals. Their courage in the face of danger is renowned, though their adorable appearance would send a different message.

These long-bodied and short-legged hounds were bred specifically this way to aid in their badger-hunting days. Their build offers aid in both speed and agility, two of the most important features that make up an excellent hunting dog.

Although they originated over 600 years ago, when they were used mostly for hunting, these dogs still have the same hunting instincts that date back to their roots. True hunters at heart, Dachshunds still love to chase down smaller animals. If you are the proud owner of a Dachshund, or are considering one but are unsure, you don’t need to worry, they won’t hunt down your cats.

Their instincts for hunting are still there, but so is their intelligence, and this means they can be easily trained out of their hunting behavior. They're not an aggressive breed, but they do enjoy running and testing their speed limits.

RELATED: Everything You Need to Know About the Dachshund 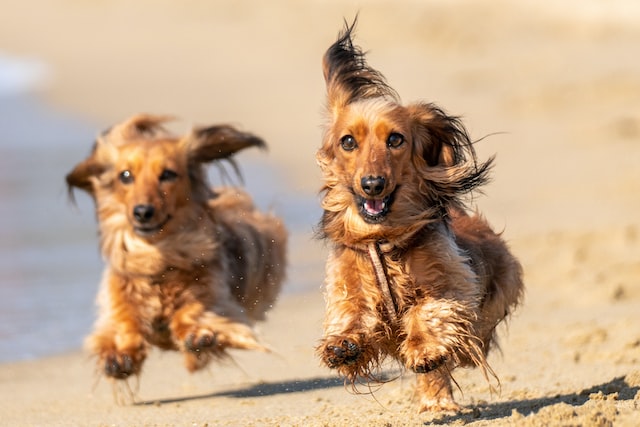 Dachshunds are as popular as they are for a reason. Their adorable physiques will melt hearts, but their personality is what will conquer them.

Dachshunds are sweet, lovey-dovey dogs that like to have fun. They enjoy cuddles and attention, but they are also quite adventure-seekers. Give them a fenced area to run freely in, and they’ll be the happiest dogs you’ll know. They’re also big fans of making friends with other dogs and people.

Though their size may tell you that they are couch potatoes that were made for laps and cuddles, this couldn’t be further away from the truth. Dachshunds are athletes, through and through. Since they were bred to have stamina and agility for their hunting jobs, these dogs can do more than most imagine. They are champions in sporting competitions. 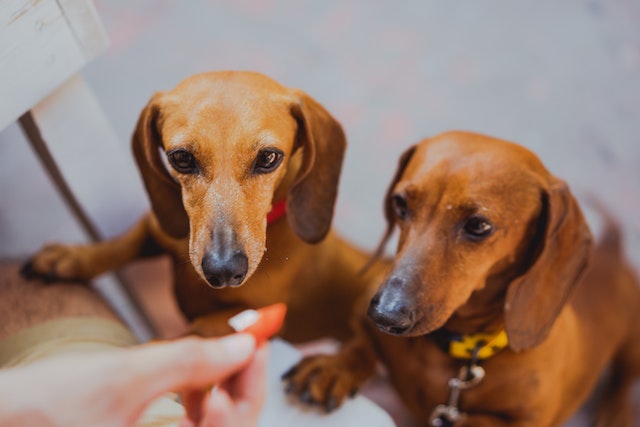 Dachshunds are very smart dogs, having an above-average intelligence that they like to impress with frequently. And like most smart dogs, they can be as stubborn as they are clever. Most of the time, they’ll be easy to train, but there will be times when their stubbornness will shine through.

The key to training Dachshunds is to find out what they like and stick to that as their number one reward for good behavior. They might fancy a toy or a specific treat, or they may be more into praise than anything else. It’s important to identify their likings early on and use them in every training session to get the best results.

They Have a Big Dog Bark and Will Use It Often 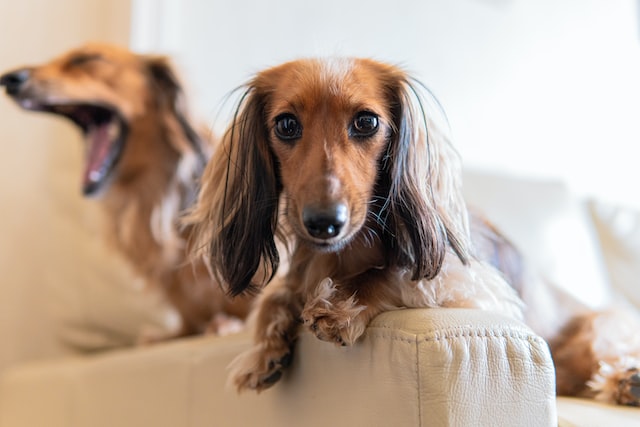 Another aspect of Dachshunds that tells us just how mighty and big they are underneath their adorable appearance, is their big dog bark. Dachshunds are great at alerting visitors, which puts them right up there with the greatest watchdogs the canine kingdom has.

They don’t bark out of the blue, or if they simply see the mailman just casually walking by, however, they do make quite the fuss when someone knocks on the door. Their bark is a big dog’s bark. It’s not as high-pitched as the bark of other small breeds. Their barks are so large that they might make your visitors think you own a Bernese Mountain Dog and not an adorable Doxie (Dachshund).

Of course, like everything else, the barking can be kept under control with proper training. Seeing as how clever these dogs are, you won’t have a problem training them to stop barking or being quiet on command.

Dachshunds Are In It For Life 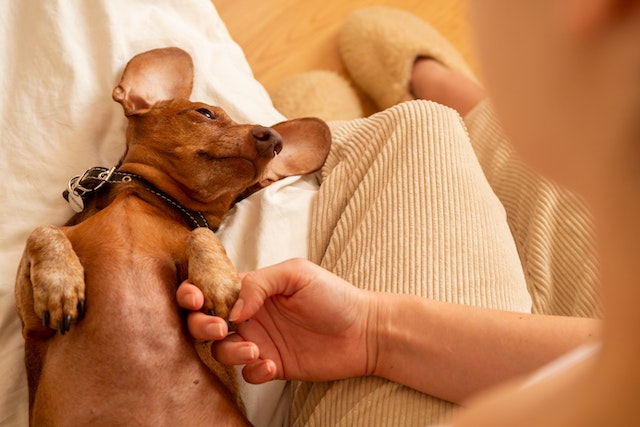 When most people think about loyal dogs, they picture a wolf or a German Shepherd having their backs. Well, loyalty comes in all shapes and sizes, and Dachshunds have plenty of it. They are renowned for their strong loyalty, and we couldn’t love them more for it.

Dachshund dogs bond quickly and strongly with their owners, and these bonds last their entire lives. They are completely committed to their humans, and it shows in everything they do. Whether it’s a cuddle, staying glued to the hip, being protective, or gazing adoringly at their owners with their big, expressive eyes, they show their love generously every day. 8 Signs You Are Your Dog’s Favorite Person

Dogs are man's best friend, and they love you unconditionally. They're also happy to let you know when you're their favorite person in the world. Dogs are known to be very loyal and loving creatures.   A dog's love and loyalty cannot be taught, but they can... Read More 5 Reasons Why We Love Poodles

Poodles are a magnificent breed, and you’d have a hard time finding someone who doesn’t know about them. They've been around for countless centuries and in that time, they’ve charmed dog lovers from all corners of the world. They impress with... Read More

Are Dachshunds easy to train? Dachshund pups learn quickly and are known to be smart. They can be stubborn, but training is typically easy. They need motivation and positive reinforcement to train easily.

Are Dachshunds hunting dogs? Yes. Dachshunds were bred for hunting, and they still have excellent skills and instincts for hunting.

Are Dachshunds good with cats? They can be. Dachshunds are friendly, and can get along well with cats as long as they are socialised early. If not socialised or trained during puppyhood, Dachshunds may give in to their instinct to chase small animals like cats.